This power cat is under construction in Trinidad for a keen sports fisherman and the design of the cockpit and general layout reflect that purpose.

Based on a slightly smaller, 12.6m planing cat design built in NZ and based in San Francisco and constructed from a pre-cut and pre-laminated composite kit set produced from the design cut files by ATL Composites in Queensland, Australia, built in the West Indies makes this quite an international project.

The composite kit set gives us great control over the engineering quality, dimensional accuracy and look of the finished product and will also save on the labour time to construct the vessel.

Powered by a pair of Caterpilar 3216 diesels rated at 420 hp with integral V drive gear boxes to give a top speed of approx.33 knots, the hull design incorporates a shallow ‘tip’ tunnel for the prop that will reduce draft a little, we have used this feature on other planing type hulls to good effect without any discernable difference to the performance.

The internal layout features a walk around owner’s double with separate ensuite and a guest cabin with two singles and it’s own separate heads. The saloon has a raised dining area fwd behind the solid fwd screen, a comfortable lounge seat and a large galley with twin under bench refrigeration.

The cockpit is set out specifically for game fishing with a fighting chair and large fish tank and the flybridge has a simple layout with twin helm seats and a large fwd facing seat in front of the helm console. A Tuna tower may be added to the boat in the future. 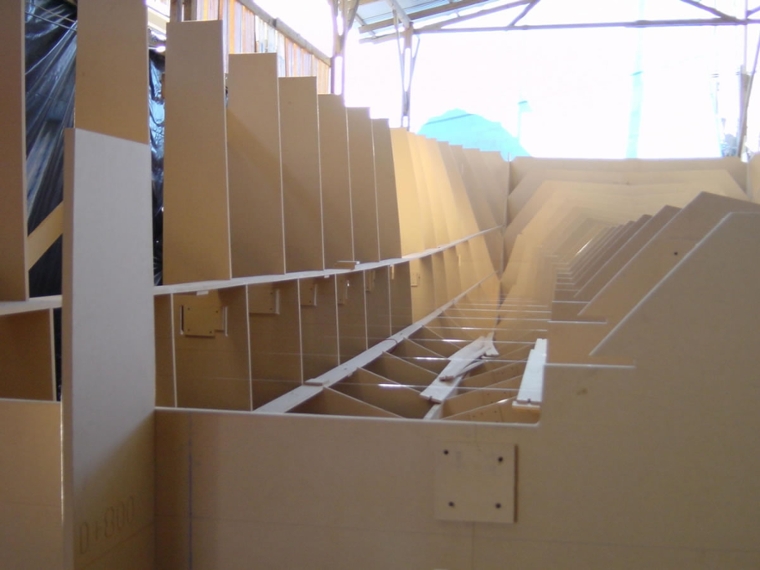 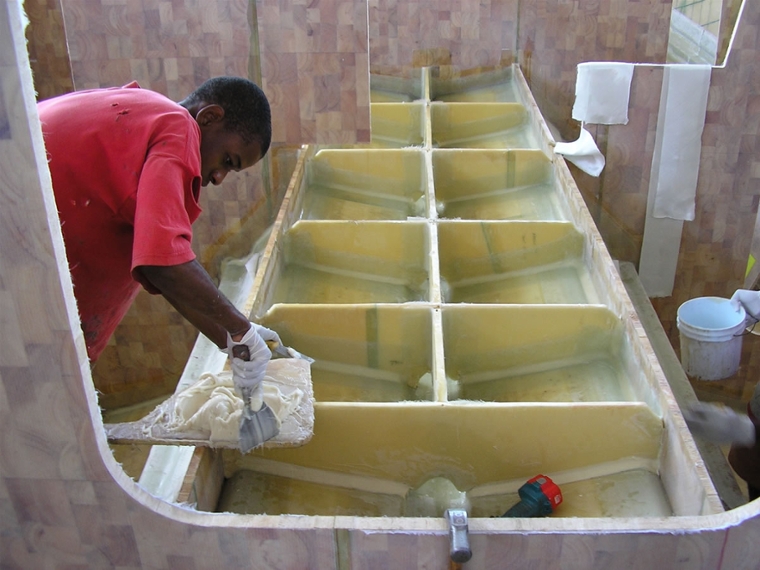 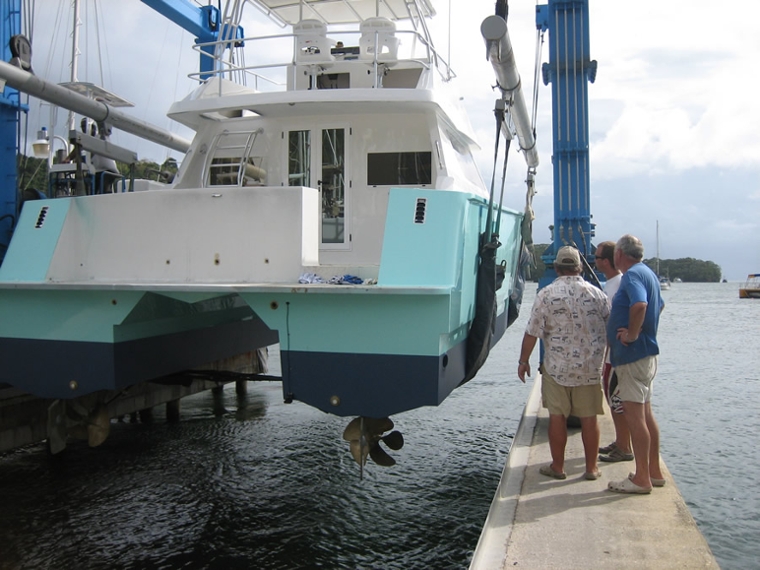 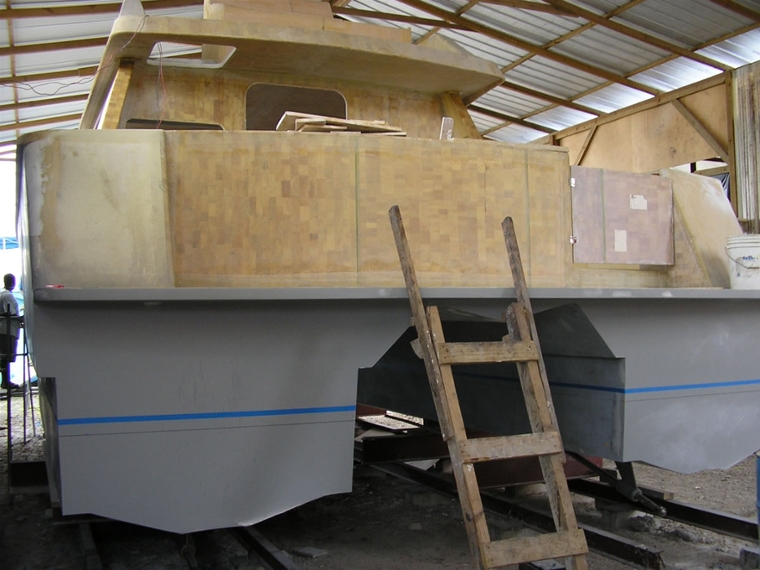 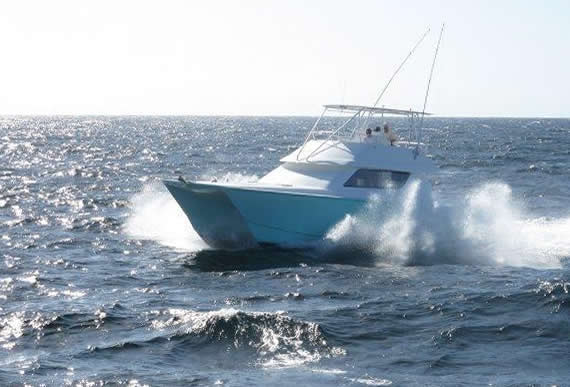 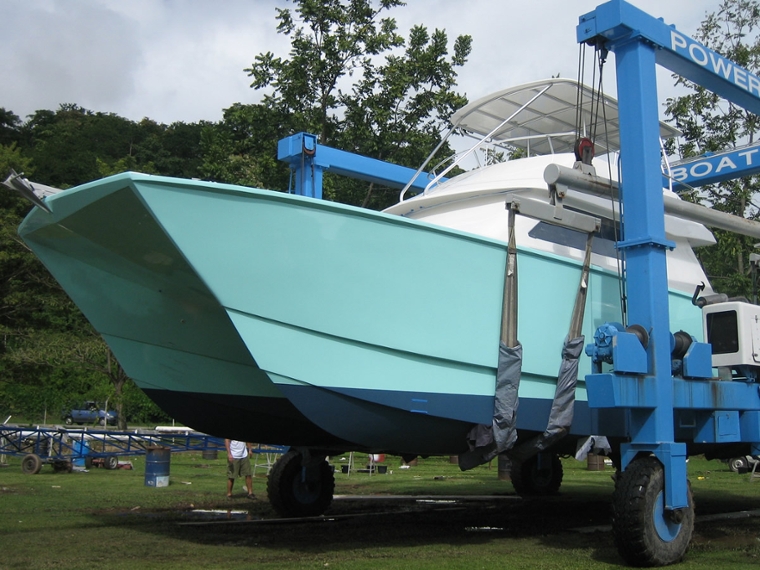 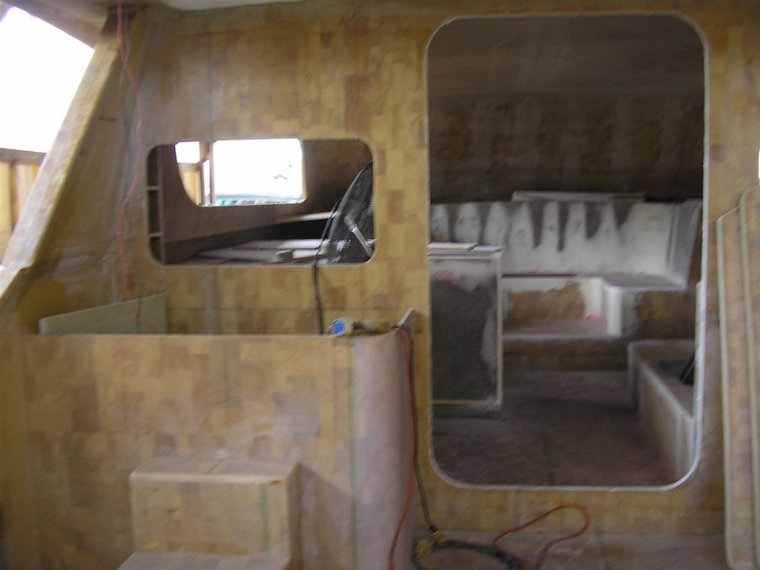 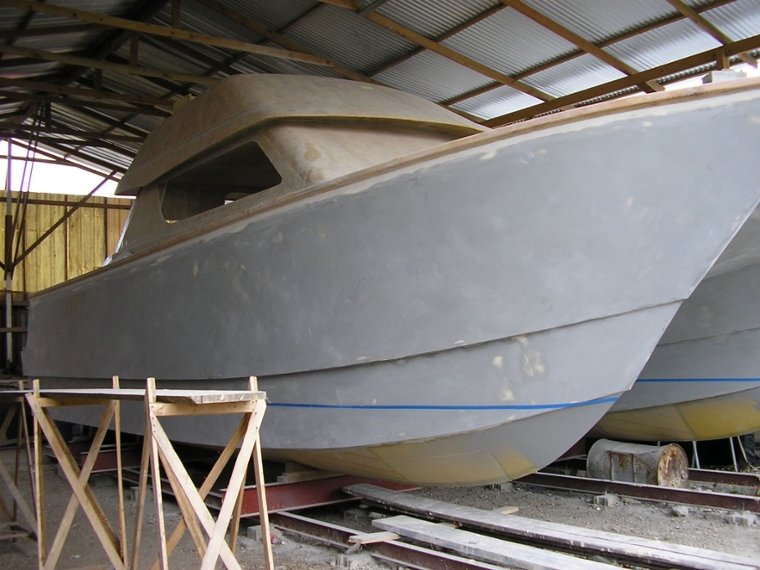 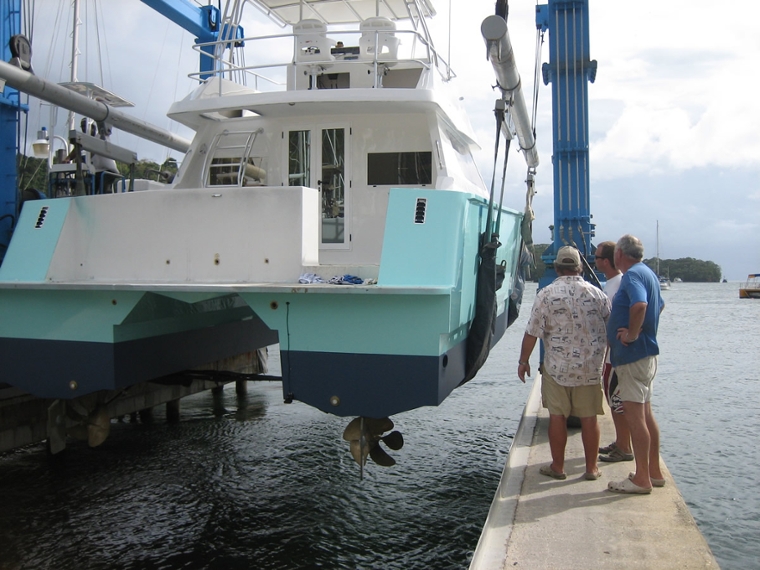